How to Build a Superbowl Queso Volcano (Mary Makes Good: Ideas for a Happily Handmade Life)

How to Build a Superbowl Queso Volcano

Hang on folks, this ride is about to get silly.  Really silly.

Every year, my friends and I compete to see who can come up with the best superbowl themed snack.  Over the years there have been some amazing entries into our little contest, but no matter how many bowls go by, it's always the same old thing.  Football shaped this and that, yadda yadda yadda.  Last year we actually had FOUR snack stadiums.  FOUR!  Each was more dazzling than the next, but where was the creativity?  Why wasn't anyone thinking outside the box?  Well, this year would be different.  This year, Scott and I would crush the opposition with something truly stupendous, and completely unexpected.

Scott came up with the idea of building a volcano out of queso dip.  A brilliant notion, indeed, but how can we tie that into football?  It's so... prehistoric.  We brainstormed for a while, and after deciding that the volcano simply MUST be accompanied by dinosaurs, an idea finally struck me.  Tiny helmets. 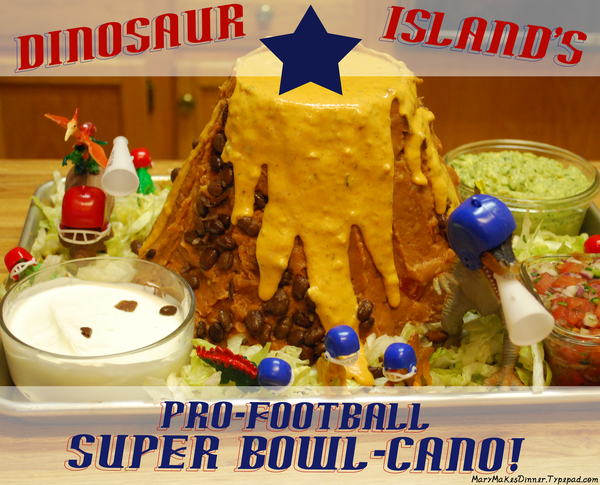 This might be our crowning glory of snack related weirdness.  I'm thinking we should just retire after this one.  You know, go out on a high note.  As for you, your glorious career in dip related geology is just getting started. 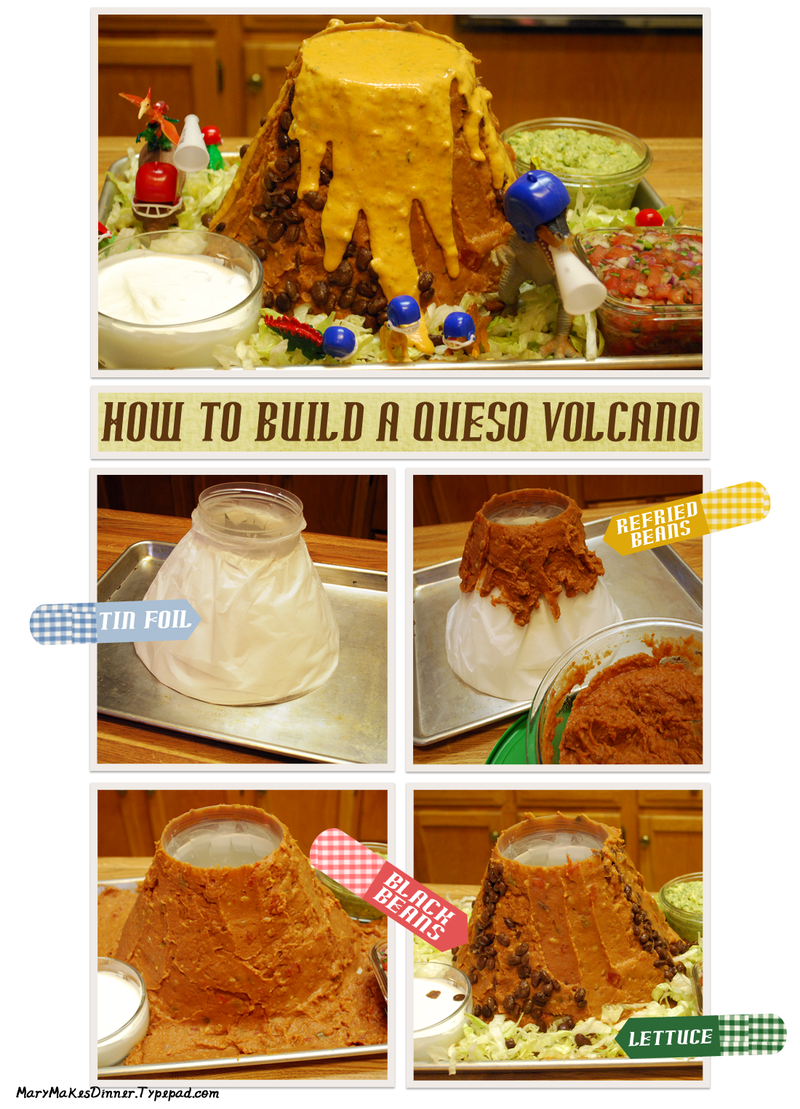 Here's how you do it.  Start by cutting out a sturdy cone from posterboard, then cover it in wax paper or tin foil.  (Foil actually works better, and is what I would use if I ever did this all over again.  The Wax paper doesn't grip the refried beans very well, so they slip off after a little while.)  Next, drop a tupperware container into the cone's hole.  Set the cone on a baking sheet, then cover the pan and the cone with refried beans.  I added some black beans too, to enhance the volcano's texture.  Cover the bottom of the pan with shredded lettuce, and set up a few bowls inside to hold sour cream, guacamole, and salsa.  Arrange some dinosaurs around on the landscape, dressed according to your occasion.  When it's time to serve, fill the tupperware with hot queso.

Here are few extra shots of my queso volcano.

This volcano was inspired by a long standing tradition of Superbowl snack one-uppery. Here are a few gems from this superbowl, and superbowls of the past. 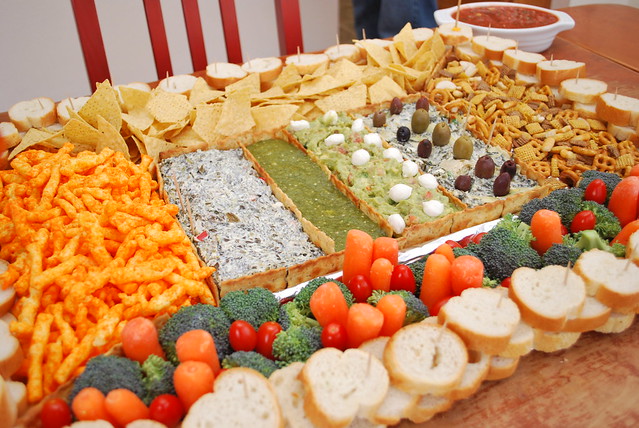 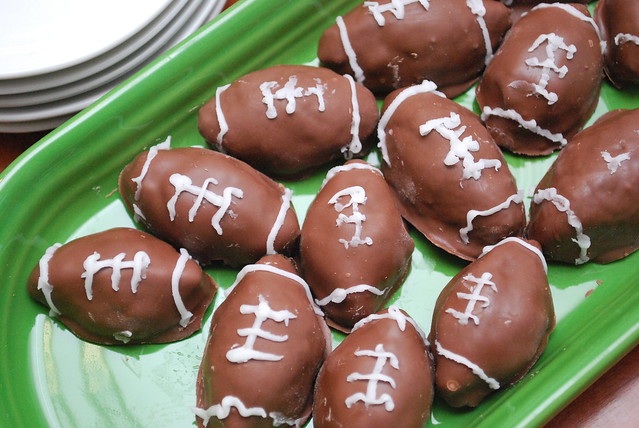 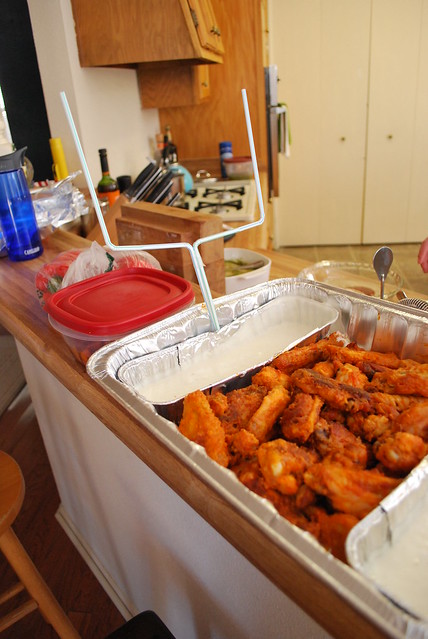 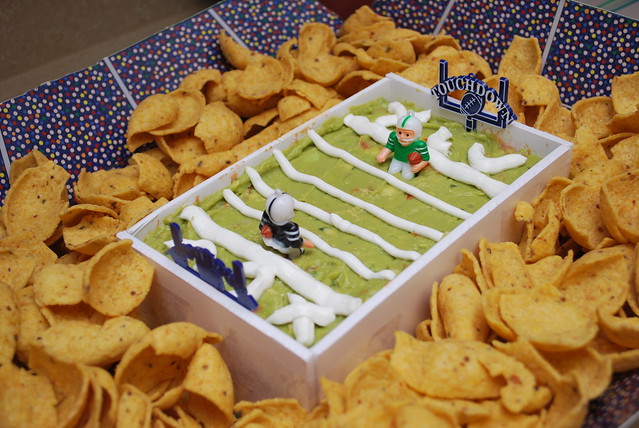