30 Days With a Grateful Heart: My Dear Husband

You know that noise cartoon characters make when they are really surpised, and their head shakes back and forth so fast it becomes blurry lines?  This guy can make that noise.  With his face. 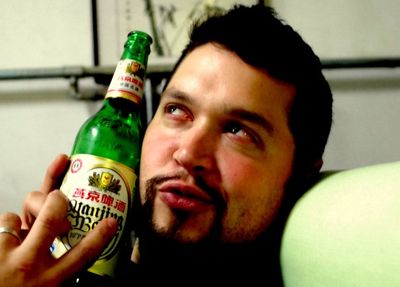 Being married to your best friend isn't always glamorous.  In fact, it can sometimes be a little irritating.  For instance, though I love him dearly, I don't really NEED to know the intimate details of his bowel functions, or the daily state of his pompadour.  Being called something other than "man" or "dude" might be nice once in a while, and maybe not having to bear witness to a parade of musical bodily functions.  Like I said, there are some drawbacks to marrying a guy who has been making fart noises at you since you were both fifteen. 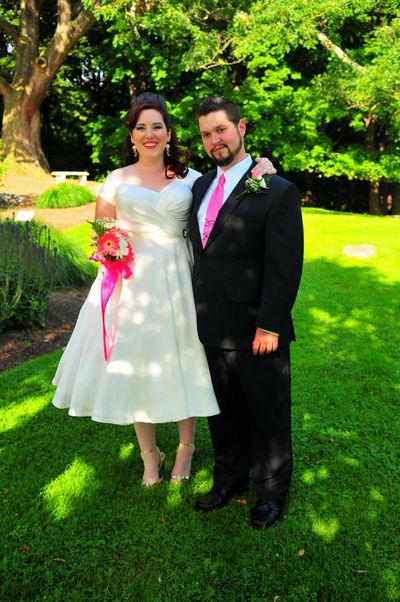 But there are also some advantages.  Scott and I are probably just as comfortable with one another as two human beings could be.  We can be ourselves with each other, even to a fault.  We have inside jokes that can bring us both to gut wrenching tears of laughter.  We have games and contests that have been going on for over a decade, and we know exactly what the other one thinks about pretty much everything.  I never have to worry about sounding too mean or critiquing something too harshly.  We are honest with each other, and at the end of the day, that's something I value far more than compliments and courting.  I could do without all the farting, but hey, you can't have it all. 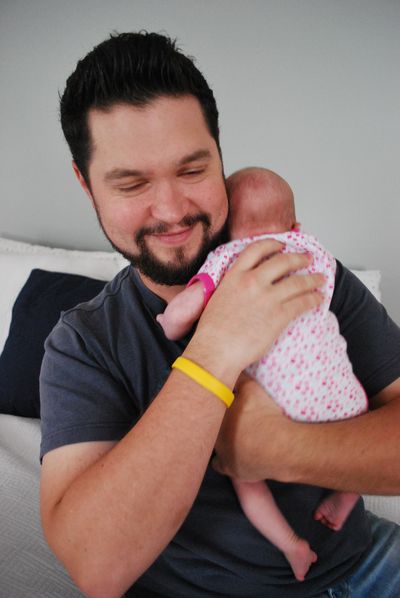 Look at him hold that baby! What a good looking guy.

Besides, he's got the cutest face, and I think he gets more handsome every year.  At least he does to me.  When we met he looked sort of like an overgrown toddler.  Now his baby face has grown up, all bearded and just a little wrinkly.  A few silver hairs have even begun cropping up in his curly locks.  Scott's thick, stocky build is now the only body type that I find attractive, though as a younger gal I liked my guys wiry and thin. He is strong and sturdy and has the cutest dimples on Earth. 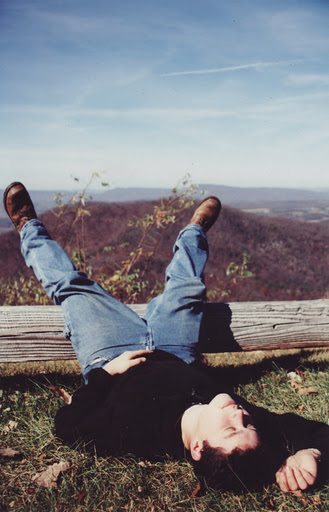 Little Scott - We were both about 18 when this picture was taken.

When Scott picks up a guitar or sits down to a piano, I feel a flood of contentment.  Wherever he is playing I am right at home.  Perhaps it has something to do with my Dad.  He was always playing the same familiar songs on his guitar or at the piano while I was growing up.  For me, listening to music written by someone I love is one of life's greatest pleasures.  I can't imagine having married someone who didn't supply me with that.  Now that I am finally learning to play along, we're opening up a whole new world of joy. 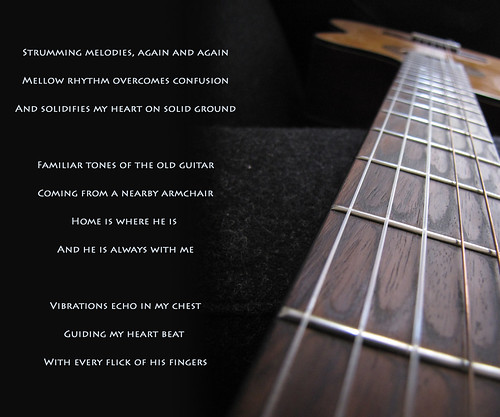 A poem I wrote for him a while back.